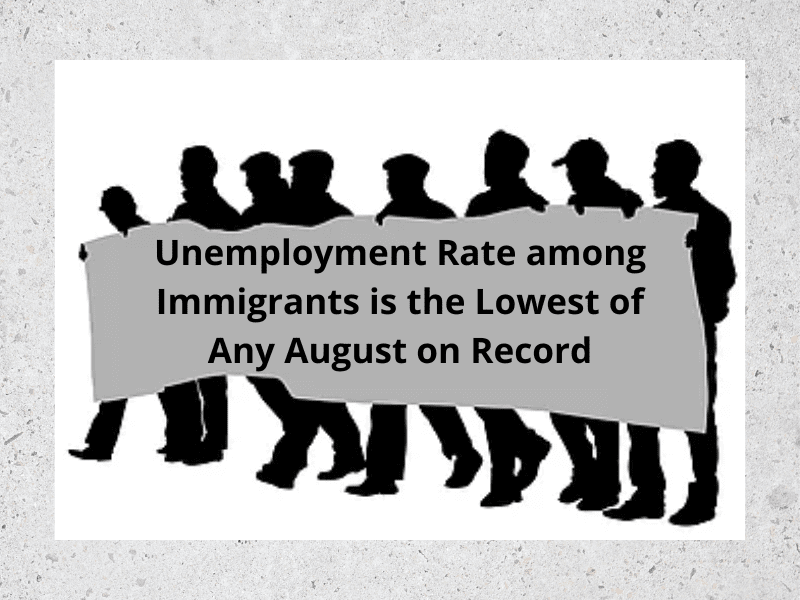 Statistics Canada has published its LFS (short for Labour Force Survey) for August 2022.

There was a smaller number of unemployed people (989,000) compared to job vacancies (1,038,000) in Canada for the first time since data became available in 2015. This is massive exposure for job seekers, with over a third (38%) of businesses expecting that recruiting qualified and skilled employees would pose a challenge in the next three months. As per the LFS, employment dropped by 40,000 jobs. On the other hand, the unemployment rate increased by 0.5 percent points to 5.4% nationwide. This is the first time the rate of unemployment has augmented in seven months.

The provinces of British Columbia, Manitoba, and Nova Scotia are the provinces that experienced low employment; while employment increased in Quebec.

A Strong Immigrant Base

Statistics Canada observed that there was a significant drop in the rate of unemployment among immigrants that it has been on any August on record (since data became available in 2006). It was down to just 7.6%.
According to the survey, as of August 2022 immigrants made up 875,000 individuals in the Canadian labour force, disproportionally in metropolitan towns like Montreal and Toronto.

Why are job vacancies so high? Why are immigrants doing great in the labour market?

The number of Canadians that are contemplating a job change is on a steep rise. In January 2022, the fraction of permanent employees (according to the LFS) who were intending to quit their job within the next twelve months was 6.4%. In August 2022, the percentage had amplified to 11.9% – almost doubling in the six months since the survey was collected in the beginning. Changing careers remained a highly popular reason for planning to resign from the job in August.

However, the number of Canadians reaching retirement age, and stepping away from the labour force is another contributing factor. According to Statistics Canada, 307,000 Canadians quit their jobs in August, to retire at some point during the year. With a mature population consisting of a larger amount of the Canadian population, this will be a problem likely to occur in the years to come.

Both of these factors lend themselves to the pragmatic success of immigrants in the country’s labour market in August.

What does this mean for immigration aspirants?

Job vacancies continue to go on rising with unemployment rates, and a mature population continues to make up an uneven amount of the population. So, immigrants in Canada may have a vital role to play in the labour market for the years to come; should conditions continue. In actual fact, the LFS takes the time to make a note of this:

“In recent years, more and more Canadians have reached retirement age and exited the labour force. So, immigration has been playing an exceptionally crucial role in supporting labour force growth.”

The economic immigration streams in the country remain undoubtedly the most popular, as the nation has historically looked to get to the bottom of several of its labour market demands through immigration. As a result, it gave rise to the Express Entry managed programs, Federal Skilled Workers Program (FWSP), Federal Skilled Trades Program (FSTP), and the Canadian Experience Class (CEC), other than the Provincial Nominee Program (PNP).

This year the “Land of Maple Leaf” is expected to welcome 431,000 immigrants, and for the first time is on track to welcome a large number of applicants through PNP this year compared to all Express Entry managed programs combined.