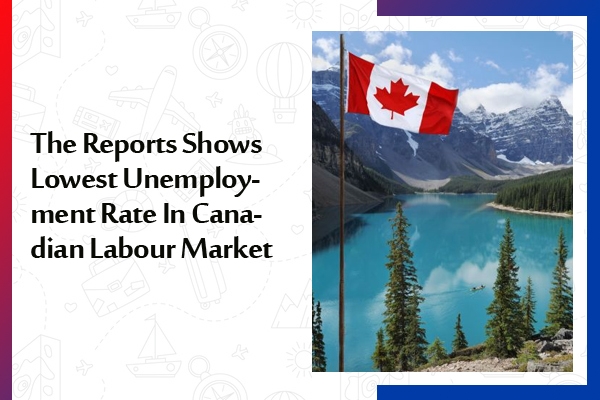 Canada is now one of the topmost countries to employ immigrants. There has been a historic drop in unemployment rate, which is growing much faster than the Canadian population.

Canada’s unemployment rate fell from 0.2% to 5.3%. This has been the lowest number on record since 1976 to till date, which means there is a huge opportunity for Canada immigrants, especially those who landed in Canada within the last five years.

According to Canada’s Labour Force Survey, the market conditions during March 3rd Week, the provinces are relaxing the Covid health restrictions. Provinces like Ontario, Manitoba, Alberta, and Quebec lifted the proof of vaccination requirements.

As the unemployment rate has crossed the growth of the population, this resulted in a large number of job vacancies to fill in. Since September 2021, as Canada recovered from the pandemic employment rate has grown from 0.8% to 2.4% among the age 15 to 55.

The entry of foreign workers has been initiated at a fast pace in Canada as the Canadian population growth is deficient. Employment rose by 73000 in March and increased among goods and services and other producing sectors.

Canada introduced special measures to support foreign immigrants, which have already come into effect this March 2022. Such as the Labour Market Impact Assessment validity period.

How to get job in Canada?

Getting a job in Canada for a foreign immigrant requires some work permits. The work permit for Global Talent with high-wage employment is extended from 2 years to 3 years. There are no limitations for low-wage foreign worker positions, and employers will fill in these through TFWP.

In Canada, new rules for Canada’s foreign workers will be implemented by April 30, 2022.

The validity period for a foreign worker to be an employer’s staff.

The Trade sector regions with 6% or more unemployment rates will fill in the low wage occupations with fewer denials.

According to 2022-2024 Immigration plans, Canada invites a record number of newcomers for Permanent immigration for this 2022. Statistics of Canada’s 2021 census, Canada stands as the fastest-growing population now through inviting foreign immigrants. Among the 1.8 million people, four out five people were either Temporary residents or immigrants with permanent Status.