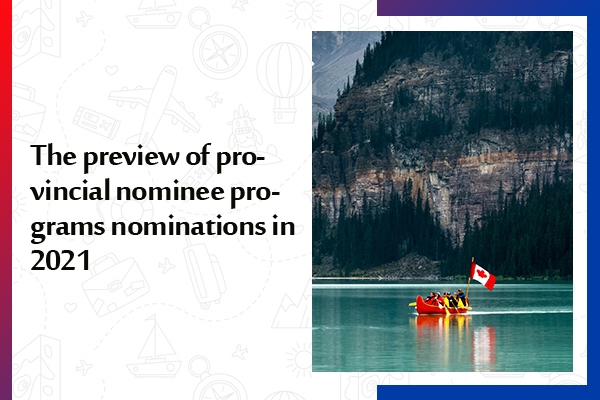 Canada’s Provincial Nominee Programs (PNP) issued more than 3,000 invitations to apply for provincial nomination during the month of December.

Each province adopts its own criteria for selecting foreign workers eligible for Canadian permanent residence under its respective PNP.

The PNP complements federal immigration programs and enables Canadian provinces to play a key role in the selection of immigrants.

On December 7, the Ontario Immigrant Nominee Program (OINP) issued invitations to 1,186 immigration candidates who had profiles in its Expression of Interest (EOI) system.

The invited candidates may be eligible for one of three streams under Ontario’s Employer Job Offer category: Foreign Worker, International Student and In-Demand Skills. Some of the invitations went to candidates registered for the Regional Immigration Pilot.

Over the past month, British Columbia held a total of five draws and invited 632 candidates to apply for a provincial nomination through the Express Entry British Columbia and Skills Immigration streams.

The province of Manitoba held three draws through the following three streams: Skilled Workers in Manitoba, International Education Stream, and Skilled Workers Overseas this past month. The draws were held on December 2, December 16, and December 30. The province issued total of 1,180 Letters of Advice to Apply, of which 208 went to Express Entry candidates.

What are Provincial Nominee Programs?

There are two types of PNPs:

Base nomination streams work outside of the Express Entry system, as they are managed by the provinces themselves. These types of nominations are subject to the processing standards of the specific PNP stream.

In order to go from a successful base nomination to permanent residency, candidates will generally have to go through a two-step process. First, candidates determine that they meet the criteria for a PNP stream, apply, and if successful, receive a nomination certificate. Once they have this certificate, they can apply for permanent resident status with the federal government.

If candidates get a provincial nomination through an enhanced provincial stream, they are awarded an additional 600 Comprehensive Ranking System (CRS) points. This practically guarantees that they will receive an invitation to apply (ITA) for permanent residence in a subsequent Express Entry draw.