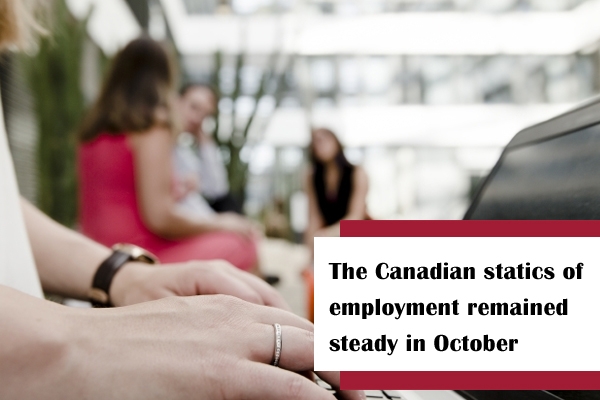 Canadian government has added 31,000 jobs to the economy within the month of October, as unemployment fell for the fifth consecutive month.

The latest Labour force survey results reflected the week of October 10 to 16. That week, many provinces had implemented proof-of-vaccine initiatives. Ontario, B.C., and Quebec had lifted capacity limits and replaced them with proof-of-vaccination requirements.

Employment gains in a number of industries were offset by declines in others. For example, the retail trade industry grew for the first time since June, but losses of employment in accommodations and food services slowed some of the growth.

Unemployment fell for the fifth month in a row, down to 6.7 per cent in October. It was the lowest it has been in 20 months, but not quite down to the pre-pandemic rate of 5.7 per cent in February 2020.

While it appears the economy is headed in the right direction, some experts are saying ongoing labour shortages are stunting economic recovery.

Although there’s a strong growth in industries like professional, scientific, and technical jobs, makes it seem there may not be enough workers to fill positions in hard-hit industries.

Also, fewer workers returned to their jobs in accommodation and food services, manufacturing, and retail trade after facing a period of unemployment. This suggests that not all industries have recovered equally from the pandemic.

Leah Nord, senior director of the Canadian Chamber of Commerce, also says the job vacancies will be difficult to fill, and there is no “silver-bullet-fix” to shortages of talent.

“We won’t reach sustainable economic growth without building inclusive and sustainable talent pipelines,” Nord said in a media release. “Canada needs a serious plan to address its structural workforce challenges, which were well entrenched before COVID, before we can find reason to celebrate.”

The number of immigrants to Canada has increased in recent years, after slowed pace in pandemic situation. Although last year Canada only welcomed 184,000 newcomers, this year Canada has already admitted 267,000 new permanent residents.

Statistics Canada considers “very recent immigrants” to be those who have lived in Canada for five years or less. By October, there were more very recent immigrants compared to 2019, and they were more likely to be employed. The employment rate among this group of immigrants was at 71 per cent, which is nearly six percentage points higher than October 2019.