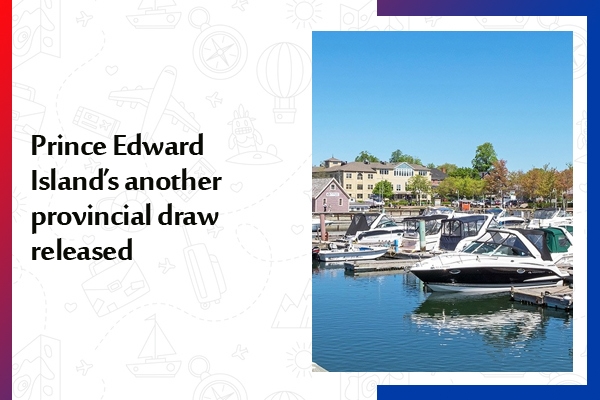 As we all know there are no express entry draws since last year but provincial draws have been regular until now. The Prince Edward Island Provincial Nominee Program (PEI PNP) invited a total of 124 immigration candidates in its latest draw held on December 16.

This is the final scheduled draw of the year for the maritime province. In 2021, P.E.I. invited 1,804 candidates, 1,697 of which were from the Labour Impact and Express Entry streams and 157 from the Business Impact stream.

The PEI PNP’s Express Entry Category is another PNP which is linked with the federal government’s Express Entry system. In order to be considered for this stream, candidates need to have a profile in the system.

Eligible candidates get a Comprehensive Ranking System (CRS) score for their age, work experience, education, and language proficiency in English or French.

Express Entry candidates who receive a provincial nomination are given an additional 600 points toward their CRS score and are effectively guaranteed an Invitation to Apply (ITA) for permanent residence in a subsequent Express Entry draw.

In order to be considered for a provincial nomination from PEI, Express Entry candidates need to create an Expression of Interest (EOI) profile with the PEI PNP. EOI profiles are given points based on the province’s unique points grid. The highest-scoring candidates are then invited to apply through monthly draws.