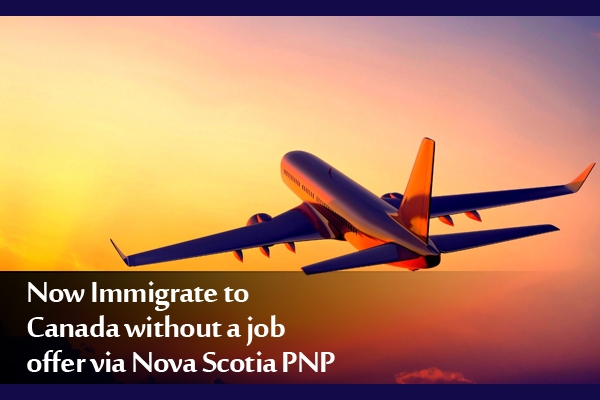 Nova Scotia, one of the provinces of Canada seeks to increase its population and economic growth through immigration and the influx of newcomers from abroad.

There can be many reasons why you should choose Nova Scotia. As it’s one of Canada’s Maritime Provinces and is located on the east coast. The province is known for its spectacular rocky landscapes, seascapes, and beautiful wilderness.

Traditionally, Nova Scotia’s economy was based on its abundant natural resources, particularly its fisheries. This is still the case today, but the province’s economy has since become more diversified. It is now also supported by trade, new technologies, and tourism—an industry fueled by visitors from cruise ships passing through the port of Halifax, the capital.

Nova Scotia has relied on immigration for the past several years as it grapples with a demographic crisis caused by an aging population and low birth rate. Efforts to attract newcomers to the province have been met with success and have allowed the population to grow in recent years. The province’s population is estimated to have reached a record high of 992,055 in July. The growth, according to the Nova Scotia government, can widely be attributed to increased immigration to the province.

How do I immigrate to Nova Scotia?

Express Entry uses a Comprehensive Ranking System (CRS) under which points are accumulated based on human capital factors such as age, education, and language proficiency. While in most cases Express Entry applicants do not need a job offer, having one result in an additional 600 points, and therefore a better chance of being invited to apply for permanent residence in Canada.

Canada’s PNP operates differently in that it is essentially a large network of immigration streams, each of which has its own set of criteria. The PNP was introduced in the 1990s to ensure a more balanced distribution of the benefits of immigration throughout the country.

Moreover, this program gives participating provinces and territories the opportunity to introduce immigration streams that help them identify and attract the economic immigrants they need. PNPs are different from province to province, with each province determining its own nomination requirements and with its own allocation quotas set by the federal government. In order to immigrate to Canada through a PNP, you must first get a nomination from the province or territory. Canadian provinces and territories with a PNP also have at least one “enhanced” nomination stream, meaning one that is linked to the federal Express Entry system. The Nova Scotia Nominee Program (NSPN) is among them.