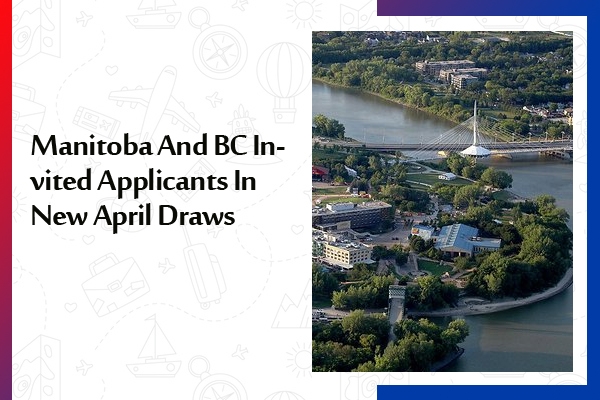 A total of 131 of these candidates were invited through a general draw. These candidates must meet the requirements of one of British Columbia’s Express Entry BC or Skills Immigration categories, which are managed through the Skills and Immigration Registration System (SIRS).

Candidates who received invitations in this draw were from the Skilled Worker, International Graduate, and Entry Level and Semi-Skilled subcategories and needed a minimum provincial score between 77 and 125 depending on the stream.

For several weeks now, the province has also been holding rounds of invitations for candidates in specific occupations to meet the increased labour needs in certain sectors of the economy. This week, the province invited the following:

The invitations were divided across three immigration streams:

Those interested in a nomination from Manitoba need to register an Expression of Interest (EOI) with the MPNP. Manitoba ranks candidate profiles out of 1,000 points for their human capital factors, as well as their connections to the province. The MPNP then issues invitations to eligible candidates who may apply for a provincial nomination under the Skilled Workers in Manitoba and Skilled Workers Overseas streams.