As of October 25, 2012, Canada Family Spouse Visa sponsored spouses or partners must live with their sponsor in a lawful relationship for two years from the day they get their Canadian permanent resident status. This is applicable to you if a Canadian citizen or permanent resident sponsors you/you and your sponsor have been in a relationship for two years or less/you have no children in common, or we received your application on or after October 25, 2012. 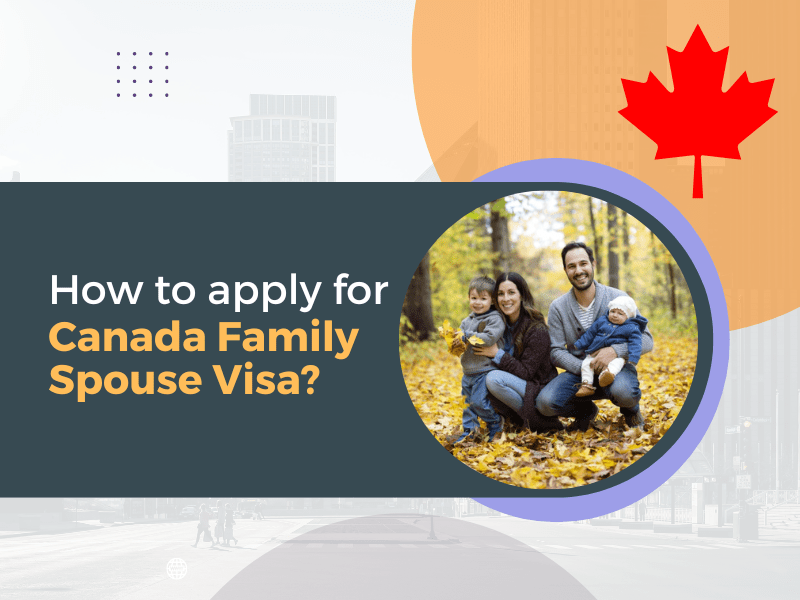 Sponsored spouses or partners, as of October 25, 2012, are required to live with their sponsor in a legal relationship for two years from the day they get their permanent resident status in Canada.

How to Apply for Canada Family Spouse Visa?

This applies to you if:

If you are a permanent resident or citizen of Canada, you can sponsor:

You need to ensure that you have no children in common.

If you sponsor your family member for Canadian immigration, you must provide proof that you can:

No new applications for sponsoring parents or grandparents will be accepted to process for up to 24 months. Parents and grandparents of citizens and permanent residents of Canada have a new option for visiting the country – the Parent and Grandparent Super Visa. This temporary pause will let us focus our attention on those applicants who are already waiting for a decision and lower the backlog in the parents and grandparents category.

This visa has a validity of up to 10 years and will allow you to visit your family in Canada for up to two years without having to renew your status.

Who Stands Eligible for a Parent and Grandparent Super Visa?

Visa officers consider numerous factors before deciding whether a candidate is permissible. Officers have to believe that the candidate is a genuine visitor to Canada who will leave the country by choice after their visit ends.

Among the things the officer might take into consideration are mentioned below:

The parent or grandparent ought to do the following:

Super Visa for Parents – Citizenship and Immigration Canada (CIC) has stated that the Parent and Grandparent Program (PGP) for immigration in Canada is scheduled to reopen on January 2, 2015.

There will be a cap of 5,000 complete applications accepted, the same number as the prior application cycle that opened in January 2014. That cap was reached in only three weeks. Given that numerous prospective candidates have been waiting tolerantly for the PGP to reopen, it is likely that the next application cycle will reach its cap. Applications that are not received before January 2, 2015, will not be accepted and will be returned to the candidate.
To be eligible for PGP sponsorship, the sponsor in Canada must meet the below-mentioned requirements:

To improve the economic immigration policies, the Canadian Government has brought numerous considerable changes in the past several months. There is a number of new initiatives have been announced by the government for the migrant communities. It is mainly to boost Canada’s economy. People who have migrated to Canada under the economic immigration policies can apply under the dependent visa category to welcome their family members to live with them in the country.

The family members of the person who is already living in a country with a valid visa are considered dependents; each country has its own set of rules to issue a dependent visa to the applicants. Applicants who are applying under the Dependent Visa Clause should fulfill the requirement of immigration policies, including:

Under Canada’s dependent visa program, Citizens and Permanent Residents can sponsor their children or dependent child/children of their partner for living with them in Canada.

There are many requirements that need to be fulfilled under Dependent Visa such as:

Dependent children of the applicant or applicant partners can come to live with them if they: