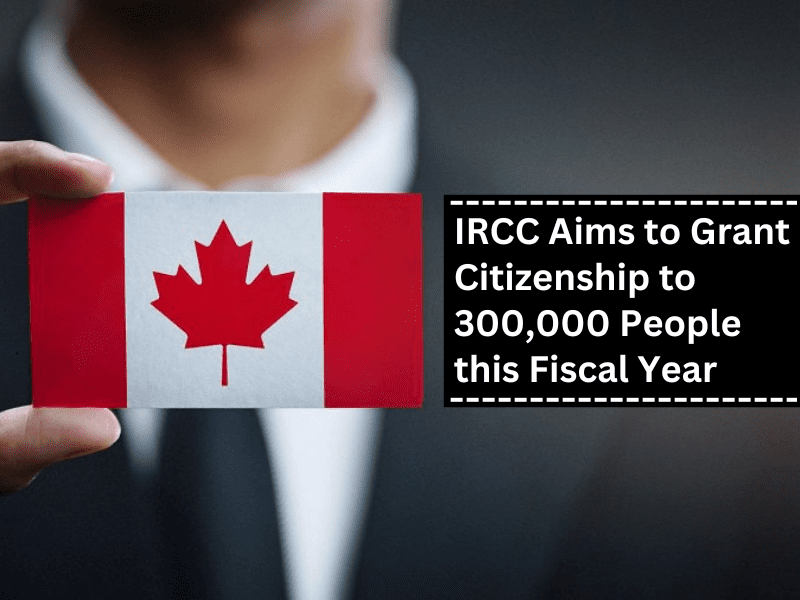 CIC News has acquired an internal IRCC memo, which outlines targets for the number of new citizens to be welcomed by Canada for the 2022-2023 fiscal year.

The memo, which is drafted by the Operations, Planning and Performance division of IRCC (Immigration, Refugees and Citizenship Canada) for a senior official, recommends that IRCC will process a total number of 285,000 decisions and 300,000 new citizens by March 31 next year. A decision is an analysis of an application, which is then approved, denied, or marked as incomplete. The citizenship target signifies that 300,000 approved applicants are likely to take the oath of citizenship, which is either in person or virtually.

This is a considerable rise over the 2021-2022 fiscal year and even surpasses the pre-pandemic targets of 2019-2020 when 253,000 citizenship applications were processed.

IRCC Moving Away from Paper Applications

In March 2020, IRCC became incapable of processing the majority of applications owing to the beginning of the COVID-19 pandemic. This was because the department was only able to process paper applications, which were mailed to a central location. As all in-person events were canceled as well, this denoted that Immigration, Refugees and Citizenship Canada was not able to carry out interviews with candidates. There could not be any oath swearing at citizenship ceremonies.

These constraints resulted in a shift towards making the application process completely digital for the citizenship, for a number of applicants, commencing in November 2020. This was expanded to all those individuals that apply to be over the age of 18. While this is likely to simplify the process for new applicants, a huge backlog of paper applications still remains.

The memo proposes that IRCC carry on with its existing system of first-in-first-out for all applications, which signifies maintaining focus on paper applications. At the same time, it makes room to prioritize a few digital applications for preventing backlog growth.

Processing times in a successive report, which is published in May, stood at 27 months. The memo states this is to be anticipated due to enhanced online applications in addition to the paper applications backlog. As of last June, there were 413,000 applications in the grant record.

IRCC states it has taken necessary steps towards clearing the backlog and processing 80% of new applications within service standards. To carry this out, more than 1,000 new workers have been employed. Moreover, there are plans to extend access to the citizenship application status tracker to representatives. Also, minors less than the age of 18 will be eligible to apply for citizenship online by the year-end.