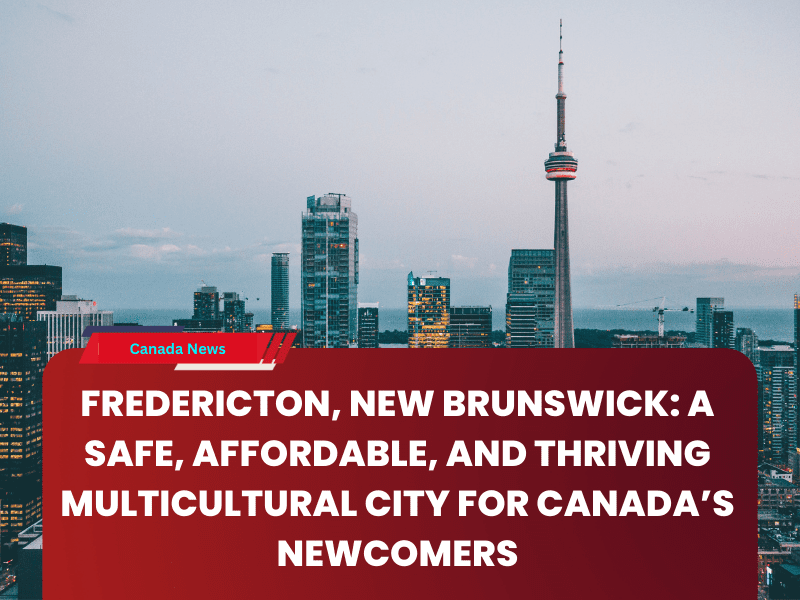 Imagine the freedom of residing in a city that matches your pace than setting it.
Fredericton, the fascinating capital of the province of New Brunswick in Atlantic Canada promises the correct balance of outstanding lifestyle and economic opportunity. The decades-long focus of this city on digital infrastructure and the knowledge economy had resulted in its recognition as Canada’s Startup Capital – an innovation district – and one of the smart 7 communities in the world.

There has been a remarkable 155% rise in job vacancies during the last five years and the lowest rate of unemployment among urban centres in Atlantic Canada. Fredericton offers plenty of employment opportunities to skilled and talented newcomers as well as immigrants that call it their second home. The most thriving sectors incorporate the IT cluster with the largest number of IT firms in Atlantic Canada, the engineering cluster with more than 40 employers, and the research and development cluster with more than 5 million CAD, which is invested in research in the last five years.

Hence, the city of Fredericton is busier, more flourishing, and more stimulating than ever in its history spanning more than two centuries. The city’s pace is calm and ready, albeit it is likely to sound intense. Fredericton does not experience a frantic big-city rush. You, in this city, will not be expected to compromise your living over your livelihood.

Fredericton has been ranked the second-best city to reside and work in by Maclean’s. These are a few accolades among the several other rankings as well as recognitions it has received over the years due to its well-thought-out colonial architecture, urban design, rich art, cultural landscape, and more. In addition, its warm-hearted people offer a smile.

There has never been the right time for coming to this amazing Canadian town, and you will get a lot of support coming to Fredericton. Ignite Fredericton – the catalyst economic development agency in the region – serves as a one-stop shop for every support need upon landing in the region.

Regardless of whether you are a skilled immigrant who is looking for the support of the workforce, a newcomer looking for settlement information, a businessman searching for a network, or an international student searching for opportunities to incorporate, the Ignite team is there to assist you every step of the way.

When it comes to assisting newcomers in finding jobs in their chosen fields of interest, all of the workforce development partners in Fredericton come together for various reasons. These include organizing job fairs, accelerating interviews, company spotlights, and other vital activities – all to bridge the gap between employers and newcomers.