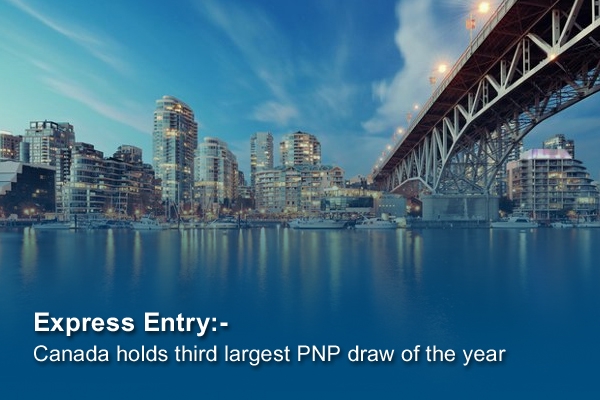 This is the third largest PNP draw of the year. The largest was 1,002 Express Entry candidates invited on June 23, and the second largest was 940 on June 9.

In the previous PNP draw, IRCC invited 681 candidates with scores of at least 720.