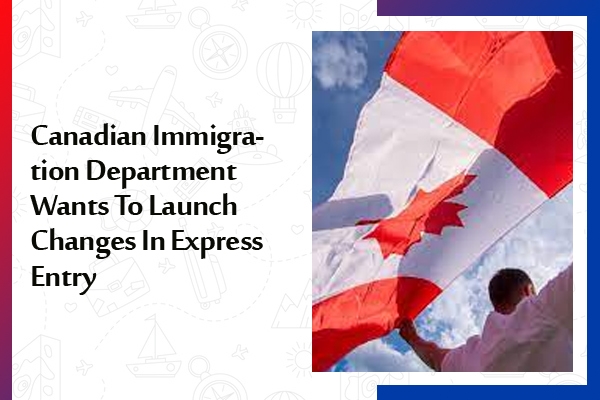 In 2022, the Canadian government is set to make the biggest reform to Express Entry since it introduced the application management system in January 2015.Bill C-19 is currently being evaluated by Canada’s Parliament and based on precedent, should become law sometime in June before Parliament recesses for the summer.

It contains a provision that would allow Canada’s Immigration Minister to create Express Entry groups and then issue Invitations to Apply (ITAs) to these groups. As explained by Immigration, Refugees and Citizenship Canada (IRCC), the minister would be able to form groups based on occupations in demand, and to address other policy goals, such as welcoming more francophone immigrants.

This proposal would give IRCC the ability to depart significantly from the current method it uses to issue ITAs for permanent residence. Since the Express Entry application management system was launched, IRCC has issued ITAs based on Comprehensive Ranking System (CRS) score, and Express Entry program of eligibility.

Prior to the pandemic, IRCC generally prioritized ITAs to candidates with the highest CRS score. The rationale being, the CRS is an objective way to forecast an Express Entry candidate’s likelihood of economically establishing in Canada. That is, candidates with higher CRS scores have a better chance of success in the Canadian labour market. IRCC has temporarily departed from this approach, but will be returning to it in early July when it resumes all-program Express Entry draws.

After all-program draws resume in early July, candidates will once again know that their best shot of getting an ITA is to maximize their CRS score.Lack of certainty is one of the major drawbacks of the proposal to allow ITAs to be issued based on groups. Moving forward, IRCC will have significant discretion to issue ITAs based on any criteria the department chooses.

This runs the risk of ITAs being issued on non-objective criteria, such as public sentiment. For instance, IRCC may feel pressure from the public or special interest groups to issue ITAs to candidates in a given sector, even if objective economic data does not indicate the sector has labour shortages. Although this is an extreme example, it is meant to highlight a potential limitation of giving IRCC such wide autonomy when it comes to ITAs.

When it launched Express Entry, IRCC argued that the CRS was shaped by many decades of Statistics Canada research outlining which human capital criteria best predicted the economic outcomes of immigrants. This explains why candidates get more CRS points for the likes of being young, and having high levels of education, language skills, and having professional work experience. Moving forward, IRCC will be able to issue ITAs in the absence of evidence justifying why certain groupings are more worthy of ITAs than others.

Another concern is the lack of public consultations in the lead up to these reforms being proposed. The Express Entry reforms have been included in Bill C-19, which is a collection of various reforms across a spectrum of policy areas that are being proposed together as a means of allowing the ruling federal government to make legislative changes quickly.

The current debate in Parliament appears to be a formality since the ruling Liberal Party of Canada have the support of the New Democratic Party (NDP). This means we are the verge of the biggest change to Express Entry ever without the opportunity for stakeholders to highlight potential problems with the change.

Also, there are potential benefits to be had from the proposal. There are particular areas of the economy that are being hit hard by Canada’s over one million job vacancies. Providing IRCC with the tools to issue ITAs to help fill job vacancies in such areas will be beneficial to the economy and to Canadians. For instance, Canada is grappling with a shortage of health care workers due to its aging population and the pandemic, and so prioritizing health care workers in the Express Entry pool will be helpful.

In addition, it will be beneficial for IRCC to issue ITAs based on important policy goals, such as strengthening francophone immigration across Canada. As a country with two official languages, English and French, it is crucial the federal government continues its efforts to welcome more francophone immigrants.

Looking ahead, the proposal will likely soon go into law but it is unknown when IRCC would begin to employ its newfound authority. We will need to wait to hear more from the department in this regard.

In the meantime, we can only hope that IRCC will be as transparent as possible before it establishes Express Entry groups and consults widely before issuing ITAs. There are many expert stakeholders who are available to provide IRCC with objective insights on how to best form Express Entry groups to address Canada’s various labour market needs.