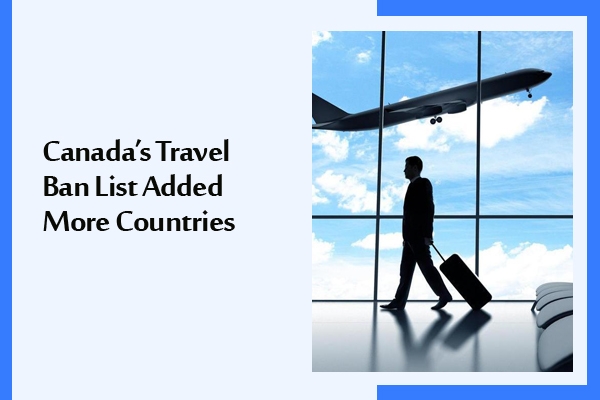 The Canadian government decided to add several more countries to the list to avoid the spread of the new variant Omnicron.

It has added countries like Nigeria, Egypt, and Malawi. As of today, foreign nationals who have travelled to these countries over the last 14 days will be forbidden from entering Canada. They join a list of seven southern African countries that had restrictive measures imposed on them this past Friday.

Moreover, Canadian residents that have been in any of these ten countries over the last 14 days will need to get a PCR test done before being allowed to travel to Canada. Upon arriving in Canada, they will face more testing and quarantine measures.

In addition, all air travellers will need to undergo testing at Canada airport. They need to self-isolate until a negative test has been confirmed. This is in addition to the PCR tests that they need to get within 72 hours of travel to Canada. The ministers said that further consideration to the matter will be given in some time.

The stricter measures come after a new variant of COVID-19, Omicron, was discovered last week in South Africa and is causing concern around the world.

On November 26, two days following the discovery of the new variant, the Canadian government announced that foreign nationals who travelled to South Africa, Eswatini, Lesotho, Botswana, Zimbabwe, Mozambique and Namibia, would not be allowed to enter Canada.

The World Health Organization describes the Omicron variant of the coronavirus as “very high risk” globally and the likelihood of it spreading around the world as significant. It is currently unknown how contagious the variant is, how dangerous or whether or not it is resistant to vaccines. Till now five cases of the Omicron COVID-19 variant have been confirmed in Canada and several other possible cases are under investigation.