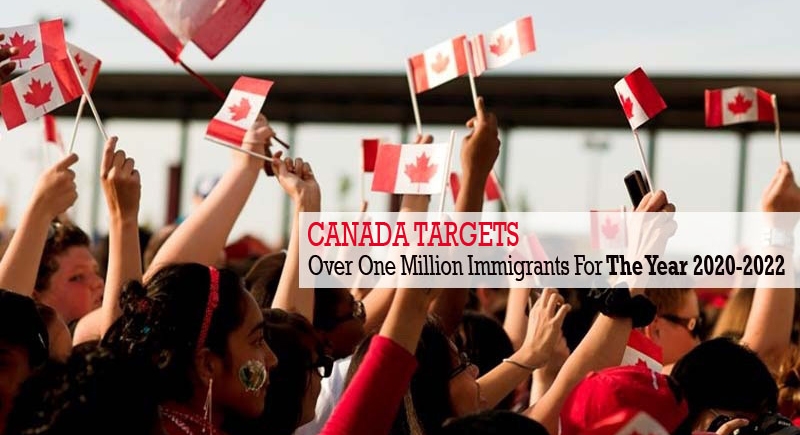 Canada Immigration Minister – Marco Mendicino, laid out their government’s vision for the immigration system. It was Mendicino’s first speech after his appointment as Minister of Immigration, Refugees & Citizenship as the Liberal was re-elected to a second mandate in October.

Mendicino opened his speech by stating how critical is to have a dialogue on how many immigrants does Canada needs to secure its economic prosperity. Having this dialogue was absolutely necessary due to Canada’s demographic realities. With the aging population in a country with low birth late, there are not enough Canadian children to maintain the size of the population. Due to this fewer workers are being relied upon to fund rising government expenses, such as health care.

A part of this problem is to welcome more immigrants. In the present scenario, approximately 80 percent of Canada’s population growth will come from immigrants, and trends suggest that it will reach 100 percent by the 2030s.

That is why the federal government of Canada has targeted to welcome over one million immigrants over the next three years, said the Immigration minister, as he noted that he will formally table Governments’ 2020-2022 Immigration Levels Plan in the month of March.

Express Entry program will remain Canada’s flagship immigration program seeing his success since its introduction in 2015. It an application management system to the candidate’s profile that has applied for Canada PR Visa through Canada’s three major economic skilled immigration programs: Federal Skilled Worker Program (FSWP), Federal Skilled Trades Program (FSTP) and Canadian Experience Class (CEC). Mendicino noted that 95 percent of arrival coming through Express Entry has jobs and around 80 percent are working in their field.

Other than the express entry program, Atlantic Immigration Pilot and Global Talent Stream have also been a key support to Canada’s economy. There is also a need to promote immigration to smaller communities across the country for economic benefits that is why the government has launched the Rural and Northern Immigration Pilot in 2019.

For further assistance in economic assistance across the country, the government has started another initiative – Municipal Nominee Program (MNP). The government is in pre-consultation on what will be the structure of the program and has consulted stakeholders for their feedback on how to shape the MNP.

Marco Mendicino urges the attendees to support immigration as a net positive for the country. He also observed that the immigration system of Canada has been lauded by the Organization for Economic Co-operation and Development (OECD) as the international standard on how to effectively manage an immigration system.

He concluded his “vision” speech by stating that Canada is built on the strength of immigration. Welcoming immigrants will help in the labour market growth, support business, and ensure that “Canada remains the best country in the world.”

Reference is taken from CIC News