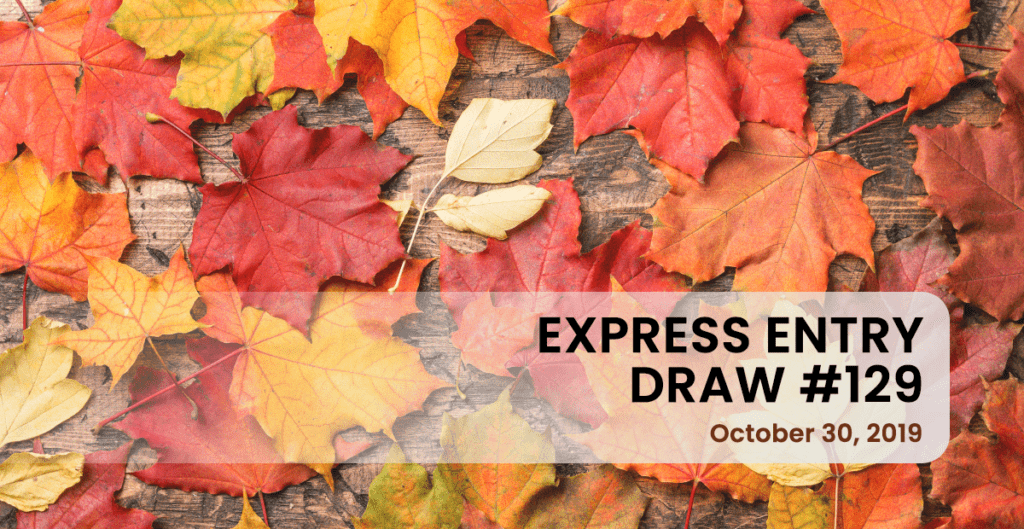 The Government of Canada invited 3,900 Express Entry candidates to apply for permanent residence in a new draw held October 30.

Today’s draw brings the total number of invitations to apply (ITAs) to 71,700 issued so far this year through Canada’s Express Entry system.

Eligible candidates are ranked in the Express Entry pool based on a score awarded under the Comprehensive Ranking System (CRS), which provides points for factors such as age, education, skilled work experience and proficiency in English or French.

A Canadian job offer is not required in order to be eligible.

A set number of the highest-ranked candidates are issued an invitation to apply for Canadian permanent residence through regular draws from the Express Entry pool, which typically take place every two weeks.

One reason for the high CRS cut-off in today’s draw was the fact a full 28 days passed between all-program draws. On October 16, the Government of Canada held a smaller, Federal Skilled Trades Class-specific draw rather than an all-program draw which involves the three Express Entry-managed programs.

A longer period between all-program draws usually results in a higher minimum CRS score because additional, higher-scoring candidates have time to enter a profile in the Express Entry pool.

The cut-off score of 475 was an increase of 11 points over the previous all-program draw on October 2.

Immigration Refugees and Citizenship Canada (IRCC) applied a tie break of August 29, 2019, at 03:50:24 UTC. This means that all candidates with CRS scores above 475, as well as those with scores of 475 who entered their profile in the Express Entry pool before this date and time, received an ITA.

Canada has higher admissions targets for the three Federal High Skilled economic immigration programs for 2019 and 2020, which means it could still surpass this record by the end of the year.

Express Entry candidates with scores below today’s cut-off who want to improve their score may have a number of options for doing so, from improving their language scores to obtaining a provincial nomination for Canadian permanent residence.

Express Entry candidates with a provincial nomination receive an additional 600 CRS points and are effectively guaranteed an invitation to apply for Canadian permanent residence.

On Monday, Nova Scotia issued invitations to 430 Express Entry candidates with work experience as registered nurses or registered psychiatric nurses through its Labour Market Priorities Stream. Nova Scotia said there was no minimum CRS requirement for these candidates.

The first step to being considered for a provincial nomination through one of these streams is to enter a profile in the Express Entry pool.

The following are hypothetical examples of candidates who would have obtained an ITA in the October 30 draw:

Ahmed is a 29-year-old engineer with a master’s degree and three years of work experience. He wrote the IELTS and scored an 8 in listening, reading and speaking as well as a 7 in writing. Ahmed has never worked or studied in Canada. His CRS of 475 would have been high enough to obtain an ITA during the October 30 Express Entry draw.

Neither Samira nor Arnaud have ever worked or studied in Canada.  They entered the pool with Samira as the principal applicant. Samira’s CRS score of 475 would have been high enough to obtain an ITA during the October 30 Express Entry draw.

“If the federal government gets back to holding large draws at least every two weeks we should see the CRS cut-off begin to decrease,” said David Cohen, senior partner with the Campbell, Cohen Canadian immigration law firm in Montreal.

“Meanwhile, Canada’s provincial nominee programs have been firing on all cylinders, especially Saskatchewan. These draws are opening new doors to Express Entry candidates with lower scores and that’s encouraging news.”