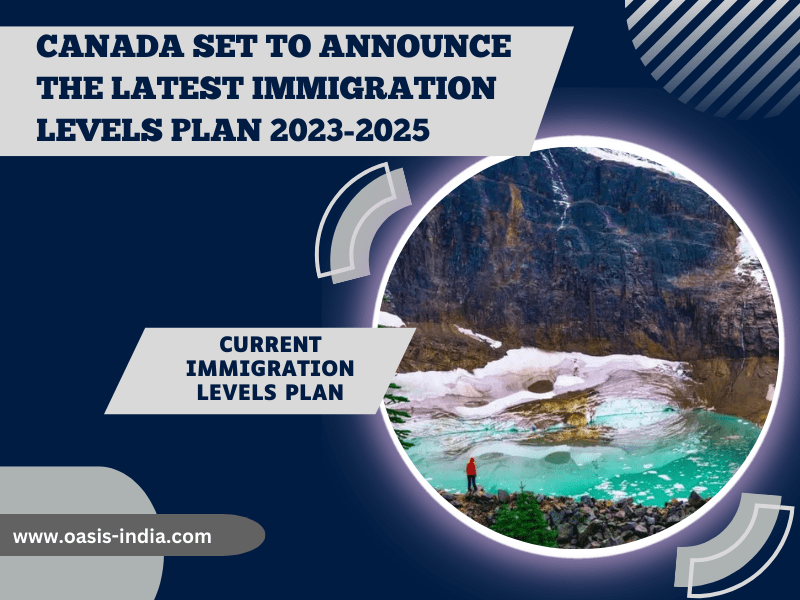 Each year IRCC (short for Immigration, Refugees and Citizenship Canada) releases an Immigration Levels Plan, which acts as the guideline for how many immigrants will be given permission to come to Canada each year. It consists of a breakdown of immigrants from economic class, family class, and humanitarian class programs over the next three years. This year it will illustrate projections for the next three years: 2023, 2024, and 2025.

The government of Canada is required to announce by November 1 of each year, as per the IRPA (short for Immigration and Refugee Protection Act), which is the major immigration law in Canada. It is the second Immigration Levels Plan announced in 2022, the first occurring in February after the most recent federal election on September 20, 2021.

Why are there Two Announcements this Year?

The 2022-2024 plan was not announced until February this year instead of the usually scheduled one due by November 1, 2021.

After the election, Parliament did not recommence until November 22, 2021, after which it only sat for 19 days until the holiday break started. According to IRPA, the plan (in these situations) is required to be announced within a month of Parliament reconvening. In this case, Parliament started again in mid-January this year.

Now that Parliament is well underway, the Canadian Government will continue with releasing the most recent Immigration Levels Plan on its regular schedule.

So far in 2022 Canada has already greeted welcomed more than 300,000 new permanent residents. The majority of these residents are from economic class programs. The target for economic class immigrants in 2022 is 241,850, or around 60% of the total number of immigrants. Also, the 2022 plan aims for 105,000 family class immigrants and 8,250 from the refugee and humanitarian class.

Once the new immigration levels Plan for 2023-2025 is announced, these targets are likely to change and are no longer used as the reference point for IRCC immigration targets.

What to Look Forward to?

The Immigration Levels Plan usually includes new increases and is now at its highest levels ever. For instance, less than 10 years ago the total target for 2016 was 250,000 immigrants. IRCC broke the record for the largest number of permanent residents ever, totaling over 405,000 even during the uncertainty the pandemic brings.

IRCC works with diverse other governmental departments and stakeholders to create an Immigration Levels Plan, which is balanced in how permanent resident spots are assigned in each class and successive program.

Immigration Minister Sean Fraser, in an interview with CIC News, stated he would consult with the provinces to comprehend better their labour market needs as some provincial immigration ministers have criticized the current plan for not assigning sufficient spots to PNPs (Provincial Nomination Programs). They believe that they better go well with targeting the skilled immigrants required to strengthen the labor force and make up for the shortfall in the workforce in Canada.

Also, the minister said that he can predict targets going as high as 500,000 new permanent residents a year in the coming years. However, he did not denote when.

“Look, I wouldn’t put it on the clock, “he stated. “I think we will get there. We’re growing in excess of 1% of our population through the existing track. That trajectory is going to carry on. I don’t know the exact year we’re going to cross that threshold [500,000 immigrants per year]. It’s going to be based on the needs of communities.”

Based on data from Immigration, Refugees and Citizenship Canada, as of August 31, there are 513, 923 permanent residency applications waiting to be processed. In recent times, IRCC announced that it was working to enhance client services and accelerate processing time by hiring over 1,000 new employees, moving to a 100% digital application process, and overall making investments to revise the aging technology that the department counts on.

Why is Canada Welcoming More Immigrants?

The Immigration Levels Plan is created by IRCC, in consultation with many governmental departments, to support the IRCC mandate for welcoming and supporting immigrants to develop the economy, reunite families and provide humanitarian assistance.

New immigrants are especially crucial to the economy of Canada because they contribute through their labour and by paying income tax. For example, these taxes are meant for supporting healthcare, education, infrastructure, pensions, and more. The population of Canada is aging and baby boomers, those who are born between 1946 and the early 1960s, are getting to the retirement age of 65. An enhanced number of immigrants will assist the country in maintaining its high living standards.