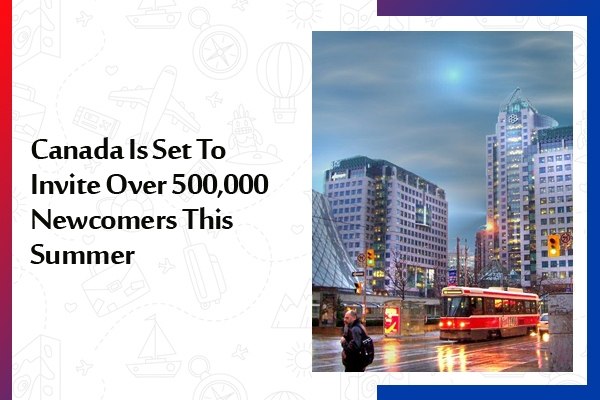 Guided by its Immigration Levels Plan 2022-2024, the Canadian government is currently pursuing the goal of landing some 432,000 new permanent residents this year. Last year, Canada achieved its goal by prioritizing the landings of applicants living in the country.

However, recent Immigration, Refugees and Citizenship Canada (IRCC) data indicates the department is now processing more overseas applications. For instance, it has been prioritizing Federal Skilled Worker Program (FSWP) applications this year, which are predominantly submitted by candidates living abroad. This is a function of travel restrictions no longer limiting the ability of new permanent residents from moving to Canada (an obstacle that existed between March 2020 and June 2021).

Last year Canada’s permanent resident landings increased significantly to 123,000 people between July and September. This can be explained by three factors.

First, IRCC was able to ramp-up its processing capacity, and has been able to sustain that capacity ever since.

Second, the lifting of travel restrictions on all Confirmation of Permanent Residence (COPR) holders in late June 2021 enabled many who were otherwise ineligible to land in Canada to finally do so.

Third, there is a seasonal component to Canadian immigration. New immigrants prefer to arrive during the warmer spring and summer months as opposed to coming to Canada during the colder seasons. As such, prior to the pandemic, Canada tended to experience a 40 per cent increase in permanent residence landings in each year.

All three of these factors are set to influence new permanent residence landings this summer. As a conservative estimate, we can expect another 100,000 landings in 2022. A more likely estimate is just like last year, we should see over 120,000 landings during this period. It is unlikely we will see an increase of 40 per cent or more due to seasonality, since IRCC processes applications in accordance with its Immigration Levels Plan. That is, processing many more applications that would result in a 40 per cent or more increase in landings this summer would result in Canada far exceeding its immigration levels target for this year.

Nonetheless, we should still see some seasonal aspect kick in. Assuming we see a 20 per cent increase in landings due to the warmer weather, we would have at least 130,000 new permanent residence landings between this July and September.

International students: If growth rate continues, up to 270,000 could arrive this summer

Between July and September 2021, Canada welcomed 207,000 international students. This is a staggering figure and all the more impressive considering Canada’s pandemic-related travel restrictions at the time, such as that flights directly from India were banned last summer. India is by far the main source country of Canada’s foreign students, comprising 35 per cent of them. Canada tends to experience the highest level of international student arrivals during the third quarter of each year as most foreign students begin their studies at the start of Canada’s academic calendar, in late-August and early-September.

Assuming the 30 per cent increase enjoyed by Canada during early 2022 and we could see as many as 270,000 international students arrive to Canada between July and September of this year.

Temporary foreign workers: Over 100,000 work permits likely to be issued till end of 2022.

Canada has two categories of temporary foreign workers. Those welcomed to address labour shortages are done so under what is called the Temporary Foreign Worker Program (TFWP). The TFWP comprises the minority of Canada’s work permit holders. The majority are welcomed under the International Mobility Program (IMP), which sees work permits issued for a host of economic, social, and cultural purposes.

In early 2022, Canada welcomed about 28,000 people under the TFWP. This is actually lower than the 33,000 welcomed in early 2021. Levels tend to spike in second quarter as agricultural workers arrive at the start of Canada’s harvest season. Levels in Quarter thirdof 2022 tend to be similar as first, meaning we can expect another 28,000 or so work permit holders to arrive under the TFWP between July and September.

Canada saw some 73,000 work permits issued under the IMP in the first quarter of this year. This is also down compared to the 91,000 that were issued in first quarter of 2021. Nevertheless, IMP numbers tend to be strongest in Q3, due to, for instance, many international graduates getting a PGWP following the completion of their programs. As such, we should see somewhere between 80,000 and 100,000 work permits issued under the IMP over the summer.

Grand total: Over 500,000 people likely to land, as well as see their study and work permits take effect

So, we could see 520,000 or more people getting permanent residence, as well as seeing their study and work permits take effect over the course of this summer. This would be a considerable figure in just a three-month period and would represent a remarkable turnaround following two difficult years in Canadian immigration.