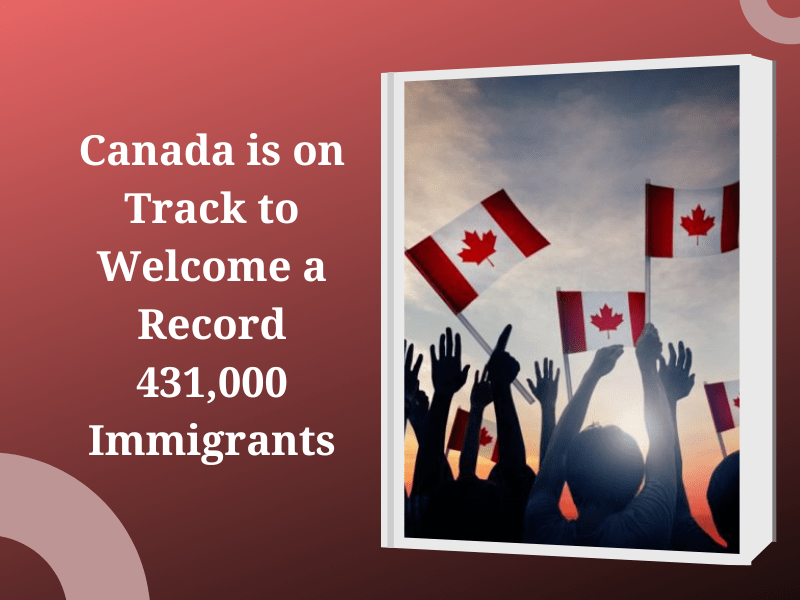 After travel restrictions (pandemic-related) led to a drop in newcomers in 2020, Immigration, Refugees and Citizenship Canada (IRCC) ramped up immigration in 2021, ending off the year with a record-breaking 405,330 newcomers. Despite that IRCC could not exceed the 300,000 mark until the fourth quarter of that year.
The open data portal of IRCC has reported the number of immigrants up until June 2022. The results for both July and August will be released in the forthcoming months. By the end of June, approximately 231, 620 newcomers had immigrated to the “Land of Maple Leaf”.

The available data demonstrate to us which countries immigrants are emigrating from. As well, it shows us provinces and territories in Canada where they are landing. IRCC includes data to the nearest five as part of their endeavor to keep individual privacy protected, and shield individuals from being identified. Consequently, the sum of the data probably is not always equivalent to the total.

Listed below are some main insights into Canadian immigration during the first half of 2022.

There was a considerable increase in permanent residents of Afghanistan following the Taliban’s conquer. In 2021, Afghanistan was the 9th most popular source nation of newcomers on the whole. That was after a flow of Afghan immigrants to Canada, which was followed in the second half of 2021 when the federal government assured to transfer of 40,000 refugees escaping from the country. So far this year, Afghanistan is ranking at number 4. As of August 31, 2022, approximately 18,075 refugees have arrived in Canada under new PR programs for Afghans.

Ontario has considerably been the most popular landing province of immigrants. In the first six months of the year, a total of 101,155 newcomers immigrated to the province. The number of immigrants is nearly triple that of British Columbia – the second place contender.

By the end of June, 36,700 new permanent residents call the BC province their new home. While Quebec welcomed the third most immigrants – 31,880 in the first half of the year, Alberta province came in fourth with 26, 920 newcomers.

Canada Continues to Push for More Number of Immigrants

Canada extensively relies on immigration so gaps in the labor market can be filled. The most recent data from Statistics Canada expresses that there are more than one million job vacancies and an unemployment rate of only 4.9%. Therefore, the nation is experiencing a labor shortage in plenty of sectors. This is strengthened as more than 9 million people in Canada will make it to the retirement age by 2030.

To battle the shortage of labor, the country can anticipate enhancing the number of immigrants to record-breaking levels each year.