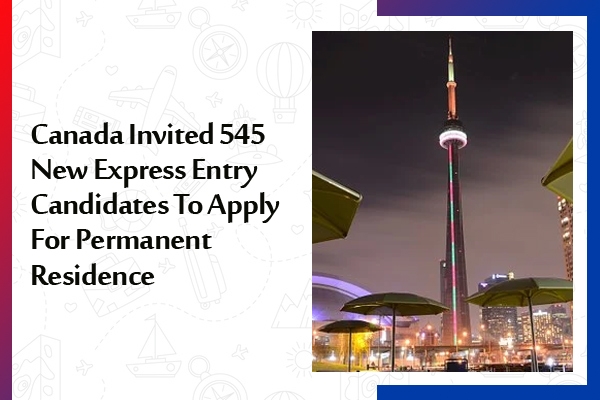 The invited candidates had previously received a nomination from a Provincial Nominee Program (PNP) and had a Comprehensive Ranking System (CRS) of at least 753. The minimum score was relatively high because Express Entry candidates get an automatic 600 points added to their score when they receive a provincial nomination. Without the nomination, the lowest-scoring candidates would have had 172 base points.

For this draw, the tie-breaking rule was set for December 15, 2021 at 20:32:57 UTC.Candidates who had the lowest-eligible score were only invited if they had submitted their profiles to the Express Entry pool before this date.In the previous invitation round, Immigration, Refugees and Citizenship Canada (IRCC) invited 829 PNP candidates with scores of at least 772.

FSWP And CEC Draws To Resume In July

Canada’s Immigration Minister Sean Fraser announced on April 22 that Express Entry invitations for Federal Skilled Worker Program (FSWP) and Canadian Experience Class (CEC) candidates will resume by early July. At the same time, the Minister stated that he expects the majority of new Express Entry applications to be processed within a six-month service standard.

This is major news since Express Entry draws for FSWP candidates have been paused since December 2020, while draws for CEC candidates has been paused since September 2021. The processing times for these programs are also currently well above the six-month target. IRCC implemented the temporary interruption in order to process highly skilled applications waiting in queue and reduce the Express Entry backlog which was exacerbated by the pandemic.

This temporary policy change has had the effect of reducing the flow of foreign skilled immigrants to the Canadian labour market at a time when there are nearly one million job vacancies and historically low unemployment rates.

Immigration has now become more important than ever in Canada and Express Entry is poised to once again become a major vehicle for Canada to attract international talent and grow its economy.

According to figures provided by IRCC during the April 22 media briefing, the Express Entry backlog has now been reduced by more than half since September 2021, down to 48,000 by March 2022. Also, the number of permanent resident decisions made in the first quarter of 2022 has doubled compared to the same period in 2021. IRCC made 156,000 permanent residence decisions between January 1 and March 31, 2022.