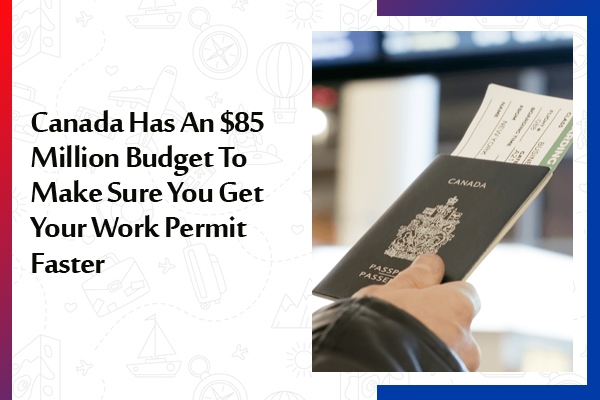 According to reports, Fraser said that Immigration, Refugees, and Citizenship Canada (IRCC) would use its $85 million budget to reduce processing times – made worse by the pandemic.

Fraser had previously announced that service standards for work permits, study permits, proof of citizenship, and permanent residence card renewals would return to normal by the end of 2022.

While the funds would be used to develop tools such as electronic application systems and online application trackers, IRCC Assistant Deputy Minister Daniel Mills clarified that this might not necessarily improve processing times for permanent resident applications yet.

Standard processing  time for work permits submitted outside of Canada is 60 days, except for International Experience Canada (IEC) work permits, which take 56 days. Work permit extensions submitted in Canada take up to 120 days for processing.

On January 31, Minister Fraser announced that Canada is planning to make 147,000 PR decisions in the first quarter of 2022—double that from the same period in 2021.

Canada had nearly 900,000 job openings this past November, according to a report by Statistics Canada and immigration has long been the country’s strategy to support labour market growth.

The country plans to welcome more than 1.3 million new immigrants to the country over the next three years to help its economy recover from COVID-19 and to drive future growth.