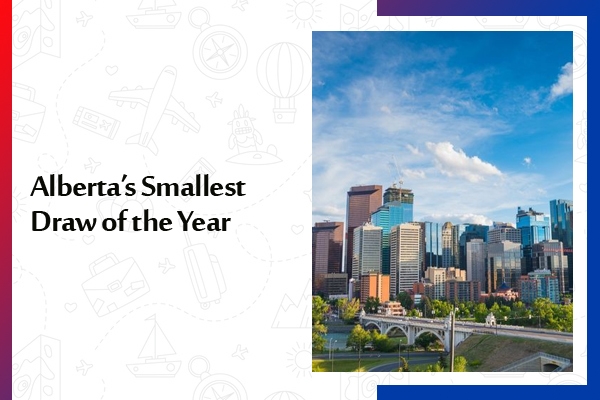 Alberta this time picked 100 Express Entry profiles to apply for a provincial nomination on November 24. It was a relatively small draw, considering the majority of this year’s Alberta Immigrant Nominee Program (AINP) draws have invited more than 200 candidates at a time. Only one other draw in January was as small as 100, and the smallest was 50.

However, the score requirement was also relatively high for an Alberta draw at 350. Only one other draw this year had a higher cut-off score at 360 in January.

As of now, there are approximately 400 Alberta Opportunity Stream applications and 825 expressions of interest applications in the Alberta Express Entry pool, according to the official sources.

Also, if you are eligible for Express Entry, you will get a score based on the Comprehensive Ranking System (CRS). You get points depending on your age, education, work experience, language ability in English or French, and other factors.

IRCC regularly holds Express Entry draws, inviting the highest-scoring candidates to apply for permanent residence. It is possible to immigrate through the Express Entry system without a provincial nomination, however, people who have lower CRS scores may opt for a PNP. Provincial nominees automatically get 600 points added to their overall score. If the lowest-scoring candidates in the new Alberta draw receive the nomination, their new CRS scores will be 900, more than enough to be invited in a subsequent Express Entry draw.

Who is Eligible for Alberta Express Entry Stream?

In order to be eligible for the provincial nomination through the Alberta Express Entry stream, you need to have work experience in an eligible occupation.

The AINP does not provide a list of eligible occupations, rather it offers a list of occupations that are not eligible for the stream. Many who apply under this stream work as food service supervisors, transport truck drivers, and cooks among others. Certain factors increase your likelihood of being nominated, like having work experience, a Canadian education, or a job offer in Alberta. It also helps to have a family member already living in Alberta, such as a parent, child, or sibling.