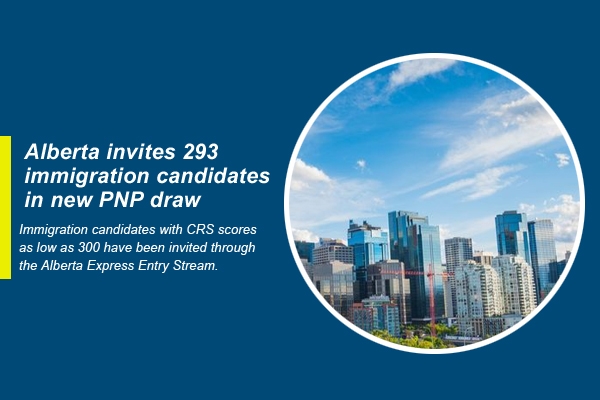 Immigration candidates with CRS scores as low as 300 have been invited through the Alberta Express Entry Stream.

Alberta released details of an immigration draw held on October 12.

The Alberta Immigrant Nominee Program (AINP) invited 293 Express Entry candidates with scores of at least 300 to apply for a provincial nomination.

This is the first draw held by the province this month.  Over the course of September, Alberta held four Alberta Express Entry stream draws each with minimum score requirements of 300. A total of 1,610 invitations were issued last month alone.