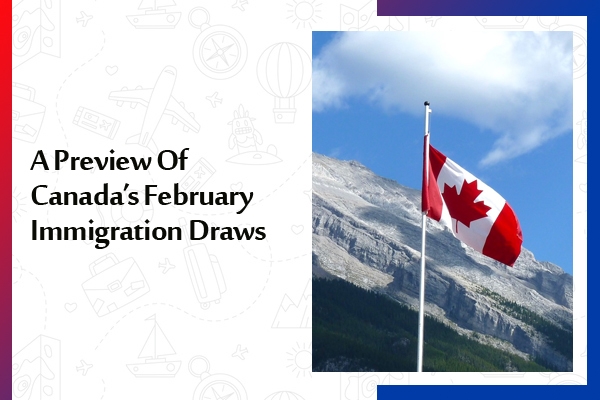 Canada PNP issued over 5,000 invitations to apply for provincial nomination in February. It can be seen as an effort to reduce the backlog and processing delayscurrently affecting permanent resident applicants,IRCC has paused issuing Express Entry invitations to FSWP, CEC, and FSTP candidates. It is important to note that this is a temporary interruption and that although he has not yet given a date, Immigration minister, Sean Fraser, recently indicated that invitation rounds for these programs will resume in the “near term.”

Moreover, given the importance of the PNP for the provinces and territories, IRCC is ensuring that Express Entry invitations for PNP candidates continue to be issued every two weeks.

In fact, February saw a record 2,145 Invitations to Apply sent out through two rounds, almost twice as many as the previous month which saw a total of 1,428 PNP candidates invited via two draws.

February was an important month for Alberta’s PNP. The province announced a name change for the department and the launch of two new streams to support immigration to rural areas of the province. In February, Alberta also released the results of two draws held through the Alberta Advantage Immigration Program. The province invited 350 candidates to apply for a provincial nomination on January 18, and another 400 candidates on February 1 under the Alberta Express Entry stream.

Through the British Columbia Provincial Nominee Program, the province invites top-scoring provincial candidates on a weekly basis. Invited candidates may apply to Express Entry British Columbia, Skills Immigration, as well as the Tech stream. These PNP programs are some of the most active in the country.

In February, the province invited a total of 624 candidates to apply for a provincial nomination.

Manitoba issues invitations regularly through the following three streams: Skilled Workers in Manitoba, Skilled Workers Overseas, and International Education Stream. The province held two draws last month, the first on February 10 and the second on February 26. A total of 551 Letters of Advice to Apply were issued of which 134 were sent to candidates who had a valid Express Entry profile.

The Nova Scotia Nominee Program (NSNP) invited 278 nurses who had profiles in the Express Entry system on February 8. More specifically, the NSNP invited nurses who may be eligible for Nova Scotia’s Labour Market Priorities Stream and whose occupation falls under National Occupational Classification (NOC) 3012.

The following day, on February 9, the province invited 749 candidates from the Employer Job Offer: Foreign Worker and In-Demand Skills streams.

On February 22, Ontario once again issued notifications of interest to candidates who may qualify for Ontario’s Express Entry HCP stream. This was a significant draw with 773 invitations issued.

On February 23, the province announced that those interested in being invited to apply to the Entrepreneur Stream, no longer have to contact the program to request an EOI registration form but can now register an EOI using the e-Filing Portal.

Lastly, On February 24, Ontario issued 818 targeted invitations to candidates who may qualify for Ontario’s Express Entry Skilled Trades stream and, just like for the Express Entry HCP stream draw, removed the CRS cap.

In total, Ontario invited 3,176 candidates to apply for a provincial nomination, more than any other province.

Prince Edward Island Provincial Nominee Program (PEI PNP) draws are prescheduled and held once a month. PEI PNP held draw was held on February 17 and invited 117 candidates from the Labour Impact and Express Entry streams and 6 from the Business Impact stream.