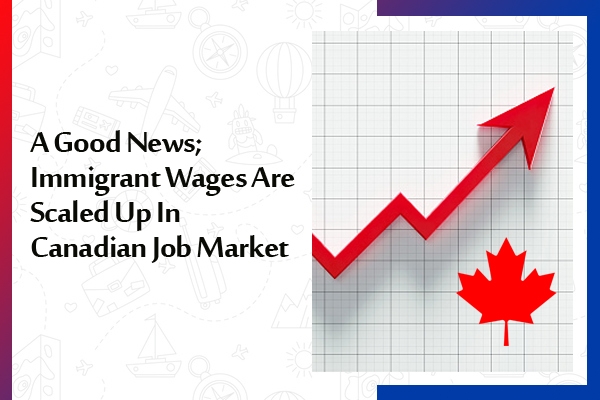 The reason for this may have to do with how economic-class immigrants are selected.

“Principal applicants in the economic categories are selected for their ability to integrate into the Canadian labour market and to contribute to the economy,” the report says. “Most have post-secondary education and knowledge of at least one official language.”

Having pre-immigration experience in Canada, seems to have an impact on immigrants’ wages, as it provides the means for immigrants to improve language skills and knowledge of the Canadian labour market. Canadian experience was categorized into three groups: work and study experience, just work, and just study experience.

Immigrants who had both work and study experience before admission had the highest median wage one year later. For these immigrants who were admitted in 2018, their 2019 median wage was $44,600, which was even higher than the Canadian-born population who reported a median wage of $38,800 that year.

Work-related experience in particular supported immigrant wages in the first year after landing. Immigrants who only had work experience prior to landing in 2018 had a 2019 median wage of $39,300, also higher than the Canadian-born population.

Immigrants who had just study experience before landing had the lowest median wages one year after landing ($15,100 in 2019), likely because this group is on average younger than their counterparts.

In all three groups, 2018 immigrants had higher median wages one year after landing than immigrants who came in 2017.

Wage differences between men and women

Between 2010 and 2019, median wages went up for both men and women across all immigration categories, but immigrant men and women benefitted differently from these increases.

Among economic-class principal applicants, women’s median wage started lower than men’s and men’s median wage increased faster. As a result, the median wage gap widened between men and women over time in favour of men. The study says further analysis is needed to determine why this could be.

With women’s median wages going up in these categories, the wage gap narrowed between men and women over the study period.